Why You Should Hire Professionals for Your Fire Damage Repair


As a homeowner, there are few things that are worse than being hit by a fire. The damage that can be caused by a flood or other disasters are less when compared with that caused by fires. With other forms of disasters you can still do some repair, but with a fire the damage could be total, even if you are lucky enough to escape with your life.
Even if the fire that affected you was not a full blown one, the damage and trouble that it could cause can still be substantial. It is also not easy to repair the damage that it can cause. It presents some complications that makes handling it rather difficult.
Why Fire Damage is Difficult to Take Care of- As mentioned, a fire causes some damage that are particularly tricky to take care of. It might burn just a portion of a room, but the repair would have to involve the whole place. The smoke could also cause grime to appear on the walls and the ceiling, which could render the place a total waste.
Making use of ordinary cleaning methods will not work in removing the marks from the fire and the smoke. Leaving parts of the house that were only partially damaged by the fire can also be dangerous, since you can no longer trust its strength.
Professional for Fire Damage Repair- There is a special type of contractor that specializes in handling damages from fires and other disasters. If you are thinking of hiring someone to take care of the fire damage in your home then these specialists are the ones to go for.
Fire and Water Damage- It is not only the fire that causes the damage during a fire. The water used by the firemen to put it out can cause damage to your property and the house itself. The water can cause mold build-up which is something that you should avoid at all costs and professionals would need to have the right equipment to take care of that.
Safety- Another reason why it is beneficial for you to hire professional fire damage cleaners is your safety. When you do your own cleaning and repair on a fire damaged house you might be unable to assess if the place is already safe and you could be putting yourself in harm's way. Contractors would be able to assess the condition of a building based on their knowledge and experience.
These are just some of the reasons why you should go for hiring a contractor in order to do fire damage repair. The good news is that there are many contractors offering this type of service now. You should be careful about signing with just anyone because you have to be sure about the service that they could provide first. 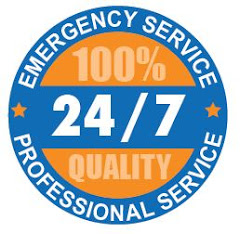