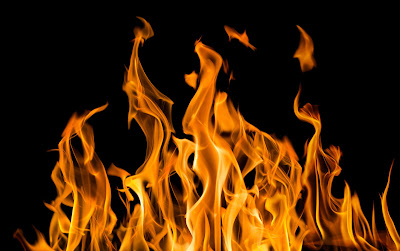 Fire damage is the worst thing that can happen to your house. Even the smallest of flames can cause the biggest of damages. Fire flames devour everything in their way and reduce it to ashes. What the fire cannot consume, it renders useless and deformed. Escaping from a fire at house, industrial area, commercial building or a social center with no loss of life is a great achievement.

Damage repair caused by fire is a very complicated and lengthy procedure. Fire causes damage to infra and extra-structure of the house. Everything from walls, woodwork, windows, flooring, lighting, furniture, clothes and electronics are not only damaged but rendered useless. In most of the cases, repair requires stripping off the entire building to the basic of structures and then rebuilding it. It is also very important to check if the fire has caused foundations of the building any damage before beginning to re-construct. Also, the pillars, beams and other supporting structures should be tested for their strength before reconstruction.

Smoke further complicates the procedure of repairs. The damaged building tends to smolder and produce smoke for days after the actual fire breaks out. This smoke not only harms the building, but even if the damage is very small, it causes inconvenience to the people living around. The smoke produced as a result of burning fire or extinguished fire never stays in one place. If only a small area is damaged, the smoke spreads out to cooler areas and upper floors. It also gets into the ventilation system, air conditioning, plumbing and spreads to other areas of the building. It is very hard to get rid of its smell from the things that have been exposed to smoke. Fire damage repair includes the cleanup of such smoke affected items and areas as well.

Water is used to put out fires that erupt on a large scale. Even small fires can be put out very effectively with water. However, by doing so, a lot of damaged is caused to the building by the water pressure. Also, when the water combines with ashes, a black mud-like matter sets in. It covers every surface and is very hard to cleanup and get rid of.

Apart from damage to property and loss of things, fire damage also disrupts the life and routine of the affected. It is crucial that the fire damage repair be carried out efficiently and effectively to restore order to life at its soonest.