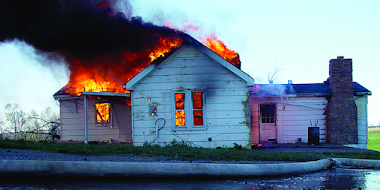 It may be hard to believe, but NFPA's latest report on Home Structure Fires shows that during the years 2014-2018, five general fire causes accounted for 86% of reported home fires, 95% of home fire deaths, and 83% of home fire injuries.

Although smoking materials ranked fifth in terms of home fires, they caused the most amount of home fire deaths during this time period. According to the Centers for Disease Control and Prevention (CDC), only 17 percent of adults smoked combustible tobacco products in 2017.

Posted by Alltek Restoration, Inc. at 4:00 AM