How Smoke Damages Your Home 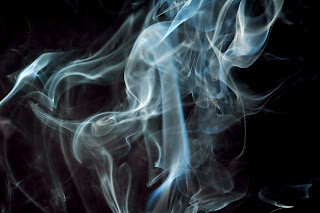 Smoke damage is both seen and unseen in the aftermath of a house fire. It is tricky to tackle in a cleanup effort, and the care that must be taken to do it correctly is a major reason why people tend to hire a fire restoration firm to get it done professionally.

The damage that you can see is from soot. Soot is actually very oily, because when the plastic that makes up household and building materials burns, there are greasy molecules released into the air. The microscopic particles travels with smoke and are deposited on everything. Soot is also composed of ash. When soot lands on fabric, such as upholstery, drapes and carpet, the inclination would be to brush it off, because it appears ashy. But the oily residue is holding the ash in place, and it will usually smear if brushed. Even the brush at the end of a vacuum hose will create a smeared mess. Professionals utilize very high velocity vacuums, which are needed because the hose must be kept a few inches off of the surface in order to prevent smearing. A home vac does not have enough of the power needed to remove soot at the distance off of the surface that is needed to avoid smears.

The damage that you cannot see, but can smell, is smoke odor. This is also a molecular problem, and must be dealt with at the molecular level. Odor molecules, following a fire, will have penetrated fabric, walls, insulation and any permeable material. The problem with smoke odor is that it cannot simply be covered up. No deodorant is powerful enough to permanently overcome the acrid, unique smell of smoke. The fact is that once smoke molecules permeate, they can't be removed. They must be disabled.

Professionals have to deoderize smoke - to take away the odor. That does not mean a deodorant, in the sense we think of some flowery-smelling cover up. They have to attack the part of the smoke molecule that holds the odor. This can be done with specially designed fogs. Some literally "kill" the odor molecule. Another technique is an ozone fog. It is very effective. The way it works is to deactivate the odor molecule. Ozone removes the molecule's innate ability to release a smell. Ozone treatments require the rooms to be sealed off. But fogs and ozone are effective tools of smoke damage professionals.

Posted by Alltek Restoration, Inc. at 7:30 AM